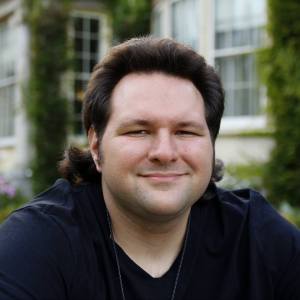 Adrian’s work has gained national and even international recognition, and both he and his films have won many awards. He won the prestigious 2015 NYSARC Self-Advocate of the Year Award and was honored to be the recipient of the ARC National Executives 2016 NCE Lifetime Achievement Award in filmmaking. In 2016, he was named “Filmmaker of the Year” at the Buffalo Dreams Fantastic Film Festival and his film Diffability Hollywood won as Best Documentary Feature at the same festival.

His films have also won the Los Angeles Red Nation Film Festival Courage Award twice, and his film We Can Shine: From Institutions to Independencehas been named Best Documentary. He is a spokesperson for self-advocates, helping the world accept people with disabilities as capable and thus seeing their disabilities as “diffabilities.”

The topic of disability representation  is close to Adrian’s heart, since he is himself a part of the disability community. Adrian has autism. His life experiences bring a unique perspective to his films that resonate with many people facing similar challenges in life.

“Inspired by his love of film, Adrian began to take classes at The Animation Workshop at Animatus Studio in Rochester when he was 12 years old. This study opened a door for him. He found a way to express himself using the vocabulary and the medium of film,” wrote journalist Jim Memmott in an article for the Rochester Democrat & Chronicle (Oct 18, 2008).  In 2008, Adrian received his certificate in Radio & Television Broadcasting from Monroe #1 BOCES EMCC.  He continues to study filmmaking with Animatus Studio.

Adrian feels that his autism works well with his filmmaking. “People with this disorder tend to hyper focus on an area of interest, my interest area has always been movies,” says Adrian.

Here is some information about Adrian’s films:

Aging Trees of Knowledge and Liberation Unit are documentaries about survivors of the Holocaust and difficulties engendered by World War II.

We Can Shine: From Institutions to Independence a documentary, brings us back to the treatment of the developmentally disabled in institutions, most notably, Willowbrook State School in Staten Island.  The agonizing story is told by survivors who managed to succeed in life in spite of their past abuses in institutions.

Bury My Heart with Tonawanda, written, produced and edited by Adrian is his fifth film and also his first narrative feature.  Bury My Heart with Tonawanda tells the fictional story of developmentally disabled young man rejected by his family and shunned by 19th century society, but accepted and nurtured to adulthood by the Tonawanda Seneca Nation.  The film also examines Seneca culture, beliefs, and myths, and challenges historical stereotypes about Native Americans.

Inner Healing-Journey with Native Trees of Knowledge is about Adrian’s his own search for understanding, healing and acceptance of his autism through Native American spirituality. Here he turns to Native American beliefs for helpful ways to deal with the disabilities he faces. With the information given to him by different healers and his own therapist, he discovers things that will help him through his struggles.

Greetings from Tromaville! follows the life and work of independent film champion, Lloyd Kaufman, and the history of Troma Entertainment. Lloyd, along with his partner Michael Herz, founded Troma in 1974. Troma is an independent film company that has produced edgy, bold, humorous, and sometimes “over the top” films for more then 40 years.

Adrian is available as a speaker. Please contact him for more information: espocinema@rochester.rr.com